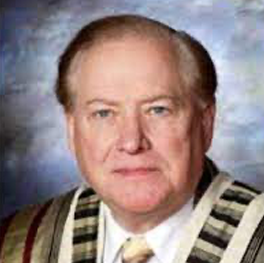 Cantor Simon was a member of the Faculty of The Academy for Jewish Religion Cantorial Studies Program, Yonkers, NY. He is an Honorary Fellow of The Jewish Theological Seminary and, in March 2009, he received the Hazzan David Putterman Cantorial Leadership Award from The Jewish Theological Seminary. Cantor Simon has been a member of the Executive Council of the Cantors Assembly. He also served as national president of the American Conference of Cantors (ACC) and founding president of the Cantorial Alumni Association of Hebrew Union College.

Cantor Simon is the producer of the highly acclaimed historic documentary DVDs, GREAT CANTORS OF THE GOLDEN AGE and GREAT CANTORS IN CINEMA in conjunction with The National Center for Jewish Film at Brandeis University. He has been awarded two honorary Doctor of Music degrees – one from the Hebrew Union College – Jewish Institute of Religion and one from The Jewish Theological Seminary for his many contributions and achievements in the cantorate.